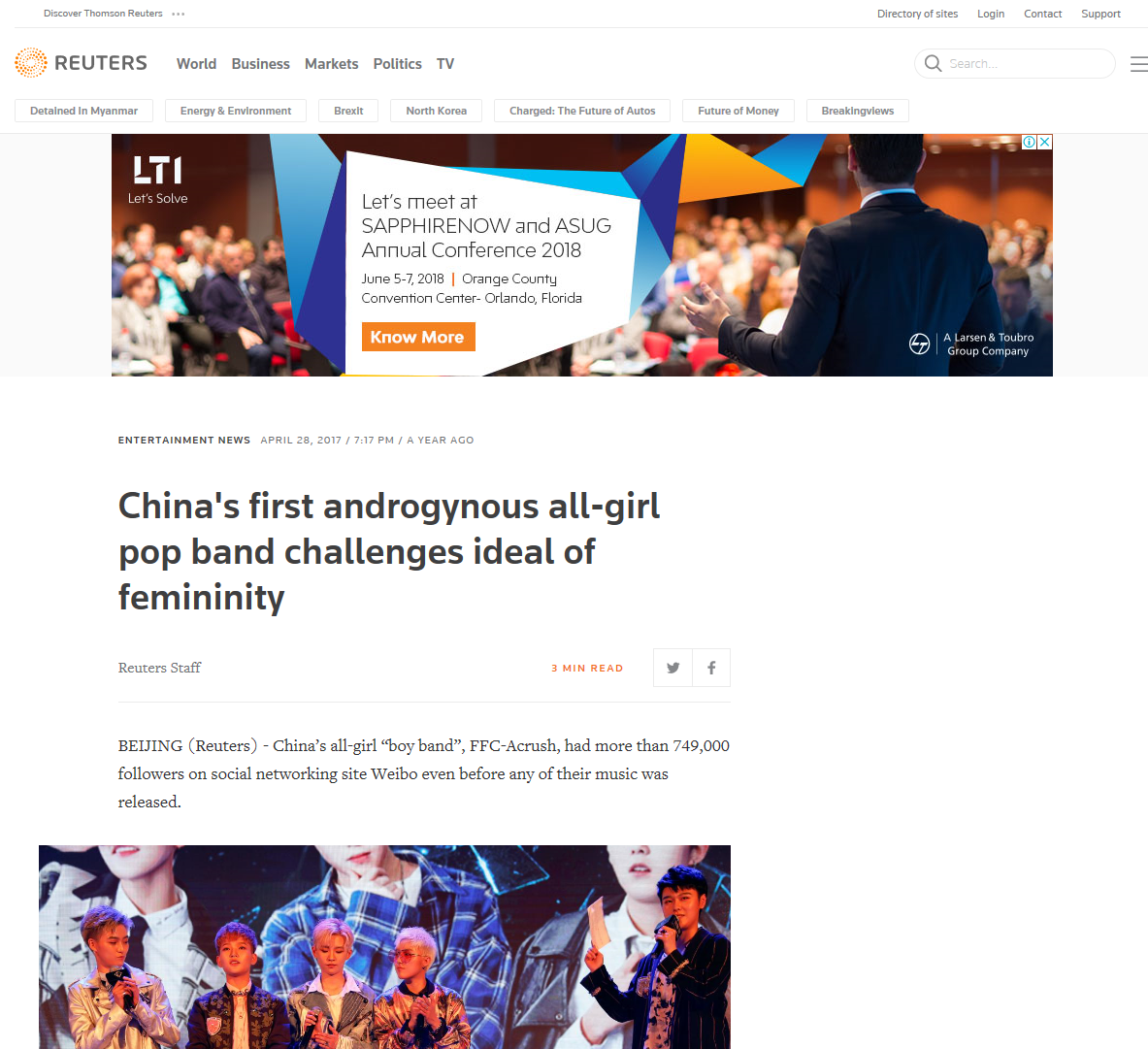 BEIJING (Reuters) - China’s all-girl “boy band”, FFC-Acrush, had more than 749,000 followers on social networking site Weibo even before any of their music was released.

Marketed by sports brand Fantasy Football Confederation (FFC), the five women - aged 18 to 24 - held their first news  conference in Beijing on Friday as their first single “Action” was released.

“We want the girls to break the mould,” the band’s agent, Zhou Xiaobai, told Reuters.

The letter ‘A’ in the band’s name is a reference to the god Adonis - the archetype of youthful male beauty in Greek mythology.

It’s not the first time Chinese music agents have had the idea of forming a gender-neutral act.

In 2005, a boyish-looking Li Yuchun briefly won fans with her style. She also sparked debate about how women should dress in a conservative society.

Held back by worry about a social backlash, the music industry had stayed away from marketing “handsome girl” acts until 2016.

Last year, Zhejiang Huati Culture Communication, an entertainment startup backed by Tencent Holdings, was looking to create a girl band when the idea of an androgynous act came about.

“It was rather a coincidence. We happened to see many ‘handsome girls’ during the auditions, and people thought they looked quite all right. Then it hit me that now is the time,” Zhejiang Huati’s chief executive Wang Tianhai told Reuters.

Acrush is one of several bands under the FFC brand, which aims to be a pioneer in sports entertainment by mixing sports with music and dance.

All FFC bands - including Acrush - must learn how to play soccer.

Soccer is backed President Xi Jinping, and the sport is expected to boom into a 5 trillion yuan ($725 billion) business by 2025.

“It is a new adventure for us and also for the Chinese pop music market,” said Min Junqian, a member of Acrush.

“I will not be afraid, because I will just be me, a handsome girl.”