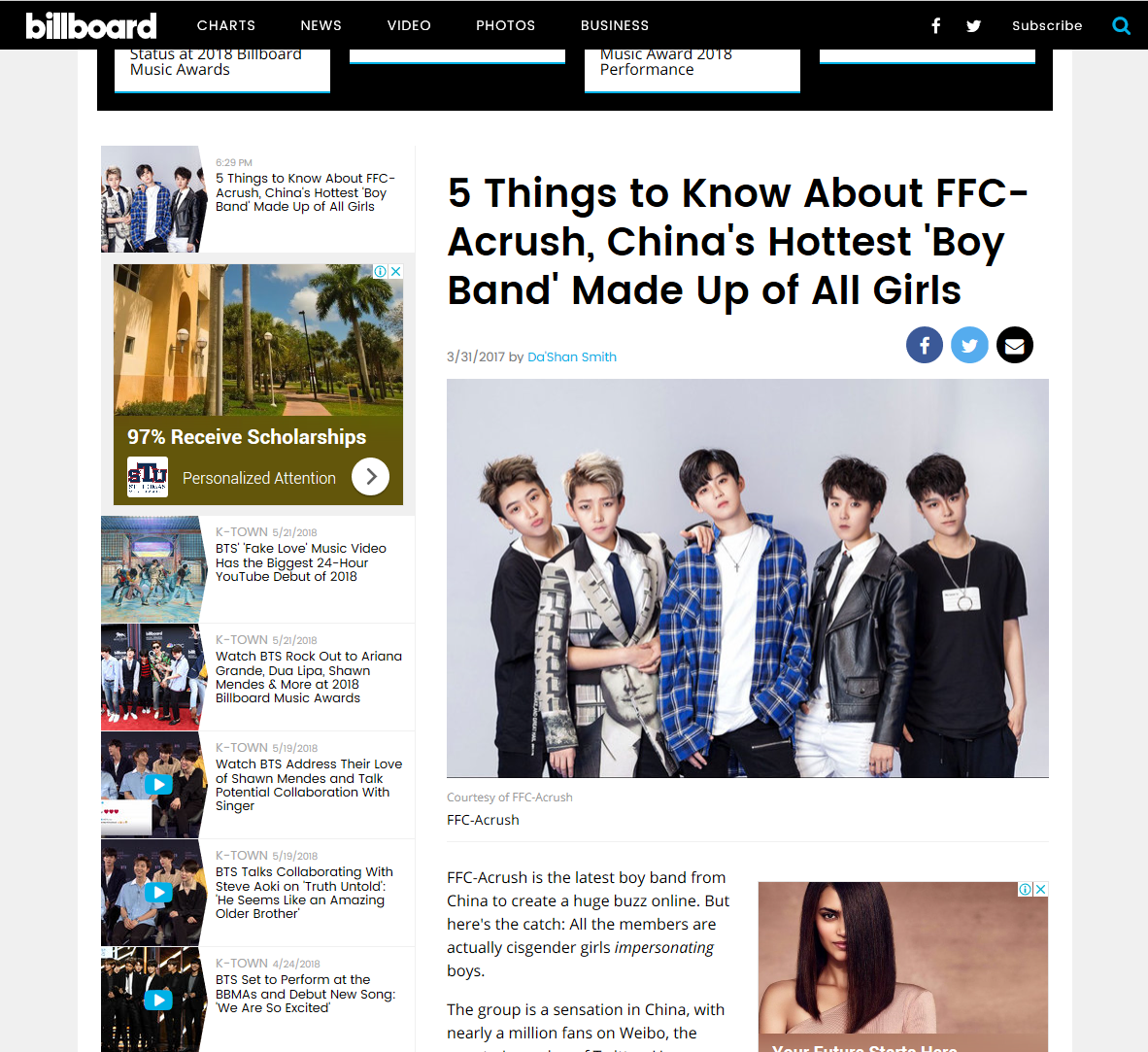 FFC-Acrush is the latest boy band from China to create a huge buzz online. But here's the catch: All the members are actually cisgender girls impersonating boys.

The group is a sensation in China, with nearly a million fans on Weibo, the country's version of Twitter. Here are five things to know about the band:

The "boy band" is comprised of Lu Ke Ran, Peng Xi Chen, Lin Fan, An Jun Xi and Min Jun Qian -- all girls. According to Mashable, all the members prefer not to use gender pronouns and instead go by "meishaonian," a term that's gender-free and means "handsome youths" in Chinese. The "A" in their name comes from the Greek god of male beauty, Adonis.

One of China's biggest pop stars, Li Yuchun, inspired the "boy band" due to her androgynous style. The group's manager pulled a Simon Cowell by assembling the five members to model after her unisex appeal.

In China, fans call attractive looking males "husbands." As a result, the members of the C-pop group are referred to as such. In recent years, androgyny has become more acceptable and marketable. They have yet to create a name for their fandom.

The group has not released any music but plans to drop their first video in April. Under the rules of the FFC -- which stands for Fantasy Football Confederation -- they will need to incorporate elements of soccer in their videos. Their sound is expected to mix K-pop and C-pop

Recently the group has made a few public appearances to greet their fans. In the YouTube video below, they are seen dancing in front of a crowd.